Cris Tales main theme is time travelling – a bit of an icky concept for me to engage – I had my fill of confusion playing through Digital Devil Saga. But I am sucker for innovative RPGs that stray away from the “hero save world from big bad” trope or ‘save the princess and then the world’ trope. Time travelling has been a bit of confusing territory for story-telling. MCU End Game did try to solve the many ‘loophole creating story mechanic’ – which just ending up with many many questions. Yes I am looking at you Captain America.

A bit of history on Cris Tales – the game is developed by a Colombian indie game studios ‘Dreams Uncorporated and Syck’. Often referred as ‘a love letter to classic RPGs” – Cris Tales has successfully made it as a homage and also a fresh take on JRPGs trope through the art and and the successful use of the time manipulation concept.

The art made me feel like I am watching a Cartoon Network special – In fact I would not be surprised if a western channel one day pick Cris Tales up for a series broadcast. It was unique in the heaping library of classic JRPGs. The only other unique JRPG art concept I could think of is the ‘Child of Light’.

Time travelling has been a bit of troubling concept to undertake. It has the tendency to create confusion and loopholes in the story. However, Cris Tales has took it the next level in time manipulation – it has created a comprehensible story using a smooth time manipulation mechanic. Always be skeptical with the party’s team pet mascot – be it a fairy or a frog. That frog was suspicious from the beginning. The story was a bit shallow which made it a safe time manipulating story. Even from the beginning – I had suspicions about the frog or the main antagonist’s identity. And it was true at the end. It was letdown for being a tad bit too obvious. It really was made to be a Cartoon Network special material.

I loved and enjoyed Zas’ character. Really who does not love the 4th wall breaking character of any game. And a 4th wall breaker being there shows that the developers understood that there are things that do not make sense but took it in stride and make light of.

Time manipulation also led to the development of a unique take on classic turn-based RPGs. Cris(tabel) has the ability to send the left side of the screen to the past and the right to the future. This allows a strategy to further beatdown on enemies – send them to the past for optimum seed explosion in the present or speed up rusting by sending a wet enemy to the future. It really was a unique experience and enjoyable. However, I would love it if there was description of time affected skills to be explained instead of having players to remember.

Speaking of rust mechanic – I really should have updated my game. The game has gone trough a game balancing patch which really helps the first boss fight. I failed to apply the patch and went through a bit of frustration at the beginning. I had to restart the fight over and over again – questioning if the developers were sadists for implementing such an impossible fight at the beginning. I credit my luck and a bit of button mashing (out of frustration) for having overcome that fight.

The ending was a bit of a disappointment. I expected a whole 10-15 minutes of reward int he form of story. Only to have a one second flash of the party members lives. You blink and you miss a character’s aftermath. No really – I just went though 20 hours going though the story – at least give me a narration.

At the end, there was a a tiny bit of foreshadowing of a second game/media in regards to Cris(tabel)’s fate. Will it ultimately destroy the smooth time manipulation and create loopholes as any other time-concept stories? Or will it smoothly answer any loopholes created at this game (which I might have missed if there is any). 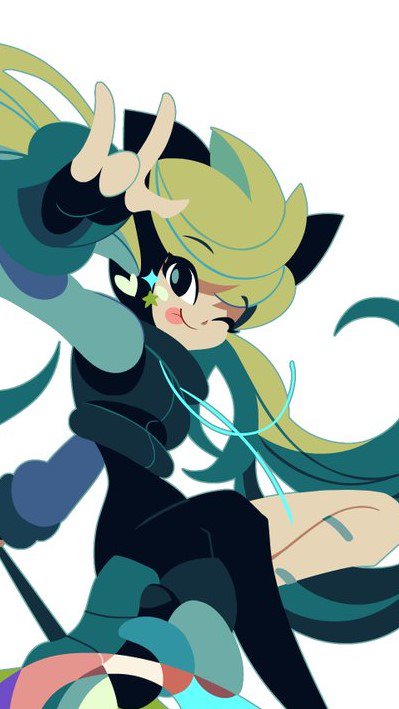 Oooooh… I’m big bad guy now, and here’s my whole evil plan.” I mean who does that?

Really – Who does that? Just every villain ever.